Yes ! Exactly…Have you ever thought what would be there In the Father’s eyes when the.. 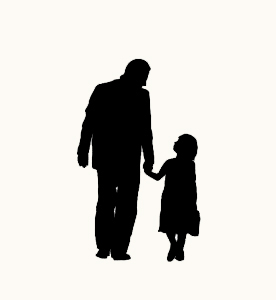 First time he sees his daughter a young daughter who is going to take her first step into her Job, Her own profession or about to start her career without Him.

I have experience this by a person who was standing in front of a big IT Firm ( Chennai One). I saw the a Father, a person with lot of wrinkles on face which shows the long period of time he has seen or journey he has done and today standing here…seeing His dearer daughter saying “Goodbye” and giving a Hug to him because this is the BIG Day for her as she is joining her Office, Entering to her career where she will be standing on her own and would take decision.

At the moment when i saw him, Seeing her goes off… he couldn’t walk away for a while He was just watching her going  inside office. I could sense that what’s going on in his mind. ( May be it’s mine Face reading art :p). Jokes apart even i was seeing this Father. I must say…. he was remembering the DAY when she would have told him “Dad” or the days when she used to irritate him with her obstinacy or those cute moments when She was crying for old toys or her dresses or for those tiny candies.  It was her first Day of school when his Father was in same situation saying his little angel “Goodbye” and watching her till she go off inside the school. Yes ! it was years ago… and look at now the moment.. Again the Father is in same situation letting His little baby his angel, the one one for whom he has dreamt a lot, for whom he has done lots of sacrifices, to whom she made capable enough for this day, is saying Goodbye and stepping in to office.

You see the people with grand success in their life. But have you ever looked over life they have been living through ? Life is about living in your Dream. It’s about achieving your goal, your desire and your passion. These all sounds good but following one of this is not so easy and soft. These all comes with great sacrifices, hard work, non breakable commitment and focus and focus and focus towards your path.

So lets talk about what are the mistake  we do and then regret.

Enrich your knowledge base…

Don’t wanna impress her ??????? Trust me first look is most important to start or  have someone’s attraction.

Books are like friend and Pathfinder !  If you are a good reader means you are rich with words and words are expression of your heart 🙂 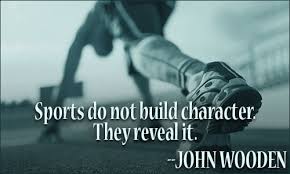 Get ready to be faced questions like ” who you are ? ” Yes ! you can proudly say i am a sport’s person who loves XYZ game.

To explore the world, To take the risk in life your backbone should be strong financially. And this is the most simplest way.

END_OF_DOCUMENT_TOKEN_TO_BE_REPLACED

Just  let me keep myself in solitary and sit on height of place from where i can see ‘The World without me’ .

What would you like to answer if someone ask you .. “who are you ? “. Perhaps people have their own answers which describes their job,work,designation or something which can become the IDENTITY.

It happens before few day. Someone messaged me by mistake and started apologizing. When I asked ” Who is this ?” .. The reply came ” I am wife of XYZ “. And the answer totally surprised me. We are in era of equality where people don’t discriminate with gender.Her words somehow made me to think that she is dependent women. When a person forgot his own identity and starts adopting others one it means he has forgot the right to live. He/She not the one who come in this world as blessing to their parents. Now they are just a dependent human being who doesnt even know about them self. Is that the reason we are living in this world ? Are we some things to be used by people ?

No, We are the most beautiful creature of God. We are here to percieve our purpose. We are here to dream, to work, to build relation, to determine and to identify yourself.